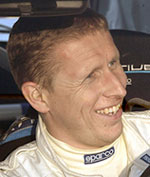 Former British Rally Champion, Alister McRae, will be the headline act
at this year’s Otago Classic Rally, to be held in New Zealand’s south
island in mid-May.

McRae contested the Otago Rally at the wheel of a Subaru Impreza WRX in
2007, but will return in 2009 in a Ford Escort RS1800 prepared by
Christchurch’s Bryce Biggs.
The McRae family name is synonymous with world rallying. Alister’s late brother, Colin, was the 1995 World Rally Champion, while his father, Jimmy, is a five-time British Champion.

Jimmy has twice driven a BDA Escort in the Otago Classic Rally, but this will be the first time that Alister has contested the event in a rear-wheel drive car.

However, the Scotsman is no stranger to Escorts. While he made his name driving factory Hyundais and Mitsubishis in the World Rally Championship, he has driven in a number of classic events in recent years. 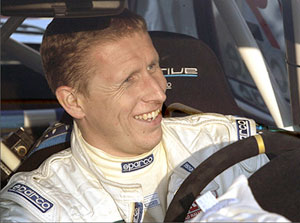 His flamboyant driving style is certain to attract thousands of spectators into the forests around Dunedin, as is his expected battle between former winner Deane Buist, and Australian Ross Dunkerton in another Ford Escort RS1800.

McRae’s Escort will be entered by Bryce Biggs’ team, who have previously run Escorts in New Zealand for Jimmy McRae. Technical support will be given during the event by experienced car preparer, Paul Goatley.

“We’re very excited to announce that Alister will be competing at the Otago Rally this year,” Clerk of Course, Norm Oakley, said.  “It is always our aim to attract someone who will make it a real challenge for a local or Australian driver to win against.

“Alister is a class act and will be very competitive. He’ll certainly give Ross Dunkerton and Deane Buist a run for their money.

“The support and enthusiasm of Bryce Biggs in getting Alister into a top quality BDA Escort has been fantastic, and we’re sure that Alister will have a great battle against the likes of Buist, Dunkerton, Kelsey and a host of other drivers.”

The Otago Rally has also retained its strong links with the Rossendale Rally team, who have run drivers such as Pasi Hagstrom, Juha Kankkunen and Michele Mouton in past years. For 2009, team owner, Brent Rawstron, is competing himself, with plans to bring more international stars to the rally in 2010.

The Otago Rally takes place on May 16 and 17, and will be again based in the south island city of Dunedin.

The rally festivities will kick off on Friday, May 15 with an indoor motor show at Dunedin’s Edgar sports stadium. Well supported by the public last year, the show will feature all cars competing in the rally, along with other motoring displays, merchandise sales and giveaways.

The rally proper starts on Saturday morning, and this year’s route will total 270 competitive kilometers, using 14 special stages over the two days.

For further information on the Otago Rally, visit the event website at: www.otagorally.co.nz