Otago Rally returns to May in 2008

The Otago Rally will return to its traditional May date in 2008,
with the expectation that more settled weather will make things more
pleasant for competitors, officials and spectators alike.

Widely
regarded as the best event on the New Zealand Rally Championship
calendar, the event will once again host a round of the national
championship, as well as the increasingly popular International Classic
Rally of Otago, and the Allcomers Rally.

“Planning for the 2008
rally is well under way,” event spokesman, Roger Oakley, said today.
“We are considering some new initiatives for the event, but will keep
the features and stages of the rally that have proven so popular in
previous years.” 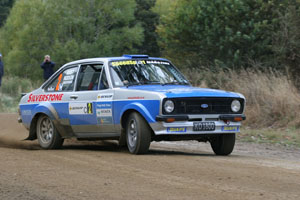 2007 Otago Classic Rally winner, Deane BuistNext year’s Otago Rally looks likely to run on
May 10 and 11, subject to final ratification by Motor Sport New
Zealand, the Otago Sports Car Club are surging ahead with their plans
for the 2008 rally.

Held a month earlier in 2007, in April, the
popular Dunedin-based event was subjected to snow, rain and high winds
as the fight for the New Zealand Rally Championship and the Otago
Classic Rally raged on.

“We have already been receiving enquiries from
Australian competitors, and we again hope to have a large number of
competitors cross the Tasman for the rally,” Oakley added.

The
Otago Classic Rally was featured on Australian television last weekend
with a one-hour review of the event, which has heightened interest in
the rally even further.

The successful Rossendale Rally Team
again look like having a strong presence at the rally next year. Having
run Escort RS1800s and Porsches for drivers such as Bjorn Waldegard,
Hannu Mikkola, Juha Kankkunen and Jimmy McRae in past years, the team
are well advanced in their planning and are expected to confirm a
two-car assault on the rally in the near future.