The competitive stages for the 40th running of the Otago Rally have been named in honour of some of the drivers who have contested the Otago Classic Rally over the past 15 years. 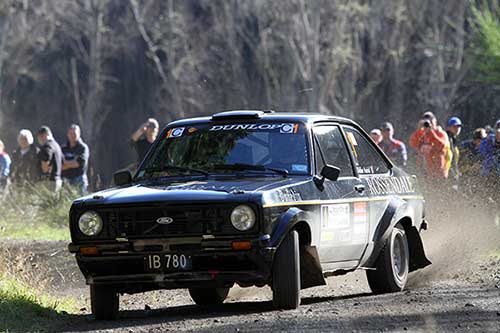 Didier Auriol competing in the 2014 Otago Classic Rally.World Rally Champions such as Didier Auriol, Hannu Mikkola, Miki Biasion, Juha Kankkunen and Ari Vatanen feature on the stage list, along with some of world rallying’s other stars, such as Michele Mouton, Jimmy McRae and New Zealand’s own Hayden Paddon.

Many of the event’s iconic stages, including Kuri Bush, Waipori Gorge and Dansey’s Pass, have been included in this year’s itinerary, with interest in the rally at an all time high.

Former World Rally Championship competitor, and the winner of 14 WRC events, Finland’s Mikko Hirvonen, is the headline act at this year’s rally.

Hirvonen, fresh from contesting the Dakar Rally, will drive a Rossendale Wines-entered Ford Escort RS1800 and is sure to draw a big number of spectators to watch him in action.

Intention to enter forms for the 2016 Otago Rally are now available from the event website, with the official regulations expected to be available shortly.

For more details on the 2016 Otago Rally stages, look under the ‘Event Info’ tab on the event website at www.otagorally.com