The factory Hyundai driver will compete in the classic rally for the third time, once again driving the Stadium Finance BDA.

Paddon, from Geraldine, has twice led the Otago Classic Rally, but a win has so far eluded him.

In 2012 he was robbed of victory after a rear-wheel puncture, while last year saw him retire from the event near the end of the first day, while holding a decisive lead. 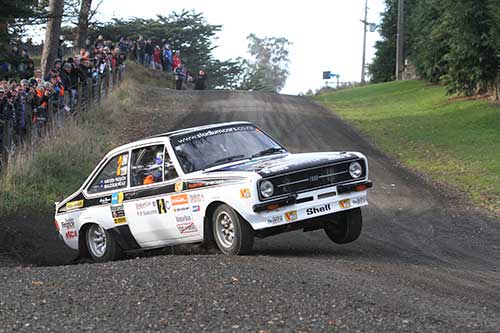 Hayden Paddon thrills the fans on last year’s Otago Classic Rally.The 27-year old will use the break between the Rally of Argentina and the Rally of Portugal to contest the event, and is looking forward to trying to add to his tally of three wins in Dunedin (achieved in the New Zealand Championship component of the rally).

“Otago Rally is one of my favourite events in the world, and to compete in the classic section is a lot of fun in one of the best 2WD rally cars from the 80s,” Paddon said.

“It’s really nice to compete in an environment where there is no pressure and I can just enjoy the pureness of the driving.

“A huge thanks to Tony Gosling and Stadium Finance for making the event possible for us and inviting us back again, even after what we did to his car last year.”

Paddon is looking forward to the battle with former WRC star, Alister McRae, who will contest the event for the second time. McRae is shipping his own Ford Escort BDA from Australia for the event. 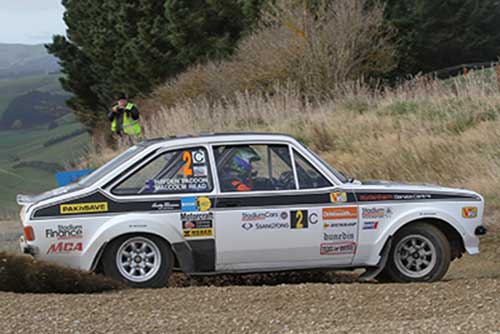 Paddon’s speed and flamboyant style makes him a crowd favourite.Otago Rally promotions manager, Roger Oakley, said that organisers were thrilled that Paddon would be returning to Dunedin.

“As New Zealand’s best rally driver, and a real star on the world stage, it’s fantastic to have Hayden back and putting on a show for the spectators,” Oakley said.

“In the two years he’s competed in the classics he has clearly been the fastest of the drivers, but luck hasn’t gone his way. I’m sure he’s determined to make amends this year.

“It’s also great that Hayden still has the passion to compete in local events when he’s home in New Zealand. He’s an inspiration to Kiwi drivers,” Oakley added.

“With the WRC no longer coming to our shores, it gives Kiwis the chance to see Hayden in action on our own roads – albeit not in his state-of-the-art Hyundai i20 World Rally Car.”

The 2015 Otago Rally is also round two of the New Zealand Rally Championship, and will get underway with a publicity start in Dunedin’s Octagon on Friday night, May 8.

The rally’s stages will be held to the north and south of the city on the Saturday and Sunday, before the champagne finish at the Dunedin railway station.

Spectator information on the event is available from www.otagorally.com