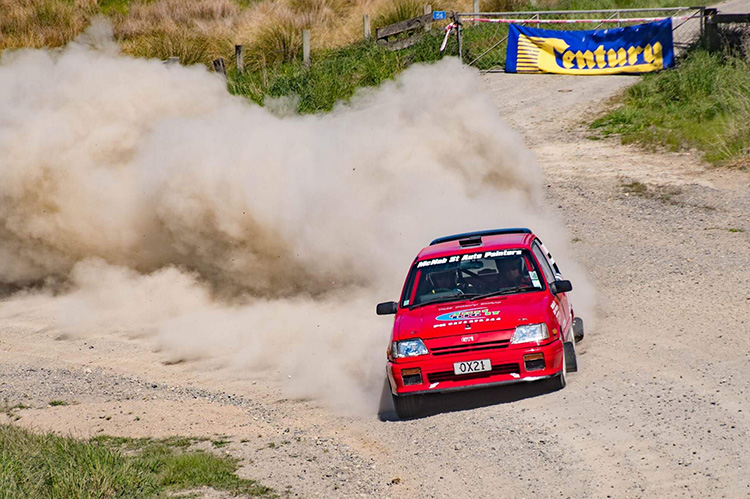 Warren was chosen from a high quality list of 10 applicants for the award, and receives free entry into the 2018 Dunedin Isuzu Otago Rally, as well as a set of pacenotes and a cash contribution towards his entry.

He will drive his 1987 Suzuki Swift GTi in the rally, having previously competed in lower South Island hillclimbs and club rallies for the past two and a half years.

“It was a tough choice, as it was last year,” Johnston said. “Any of the applicants would have been worthy winners of the award.”

Warren’s rallying is largely self-funded, with the occasional support from his navigator on events, and with a discount on paint repairs.

“My goal this year is to do Otago Rally, Lawrence and South Canterbury, along with most Otago Sports Car Club gravel events,” Warren said in his application.

“However, with the new rules regarding safety underwear and my budget, this scholarship would be my only chance of doing Otago this year. It’s such an awesome route too!

“I turn 26 at end of May, so this is my one and only shot at this awesome opportunity. I have navigated three times at Otago before, and driving it is certainly on the bucket list!”

The 2018 Dunedin Isuzu Otago Rally looks set to have a record number of entries this year, as the first round of the New Zealand Rally Championship, and incorporating the International Otago Classic Rally.

The event receives Major Events funding from Dunedin City Council, and is supported by the Otago Community Trust.