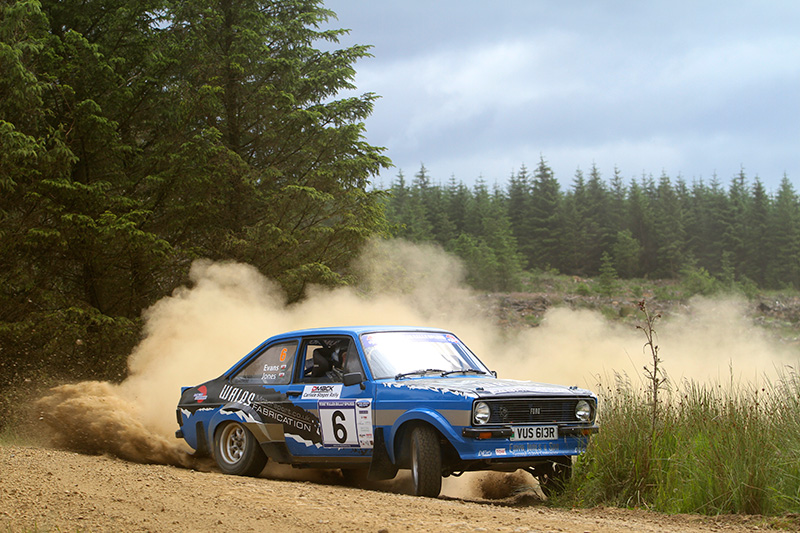 Meirion Evans in action in his Ford Escort on the 2016 Carlisle Stages Rally.

Evans is no stranger to New Zealand and is the reigning Silver Fern Rally Champion from 2016, having won the event on his first attempt.

For the Otago Classic Rally he’ll team up with Kiwi co-driver Rob Scott, and together they’ll be pushing for a top three finish in a brand new Escort that Evans has shipped from Wales to New Zealand.

“The car is brand new, and it will be a real eye opener,” Evans says.

“With some experience of New Zealand roads from the Silver Fern Rally, hopefully we should do okay.”

Evans’ previous results should install him as one of the pre-event favourites.

He won the Welsh Rally Championship from 2011 to 2013, and in doing so became the first driver to do so undefeated.

When he’s not driving himself, Evans is the Managing Director of Wales Motorsport, a company that produces quality components for Group 4 Mk 1 and 2 Escorts.

Along with Evans and Ostberg, the Otago Rally will include over 10 international entries, the majority of which are from Australia.

A field in excess of 120 competitors is expected to gather in Dunedin for the two-day event, which includes famous Otago Rally stages Kuri Bush, Waipori Gorge, McIntosh Road and Whare Flat.