The most open and competitive Brian Green Property Group New Zealand Rally Championship in recent history begins on the super-fast roads in Otago this weekend with any one of about 10 drivers staking a claim to become national champion this season. 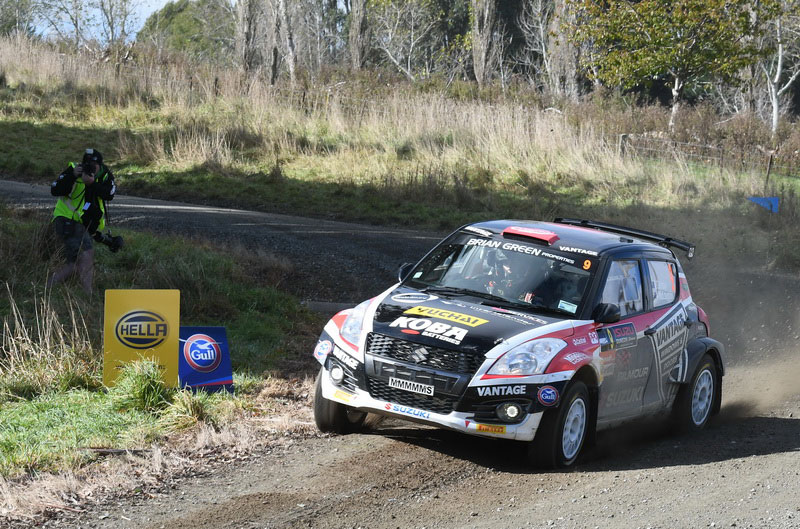 Subaru driver Ben Hunt finished runner-up to former WRC star Hayden Paddon last season and will start 2019 as the favourite to take out both the championship and the two-day Otago Rally.

But fellow national champions Andrew Hawkeswood (Mazda) and David Holder (Holden) will also be right in the mix on roads that are renowned for their speed and the commitment required to master them.

Local driver Emma Gilmour knows them well and rebuilt her Suzuki Swift Maxi during the off-season. She was quick last year and should be a genuine contender again this year.

Josh Marston (Holden) and Matt Summerfield (Mitsubishi) have been title contenders the past couple of seasons and are consistent drivers capable of getting a top result while Dylan Turner (Audi) is as fast as anyone going around if he can have a trouble-free run.

Raana Horan (Skoda) and Phil Campbell (Ford) got new cars during 2018 and will be starting to hit their straps with them. Both showed good speed at times last year and can challenge for a win if things go their way.

Australian driver Brendan Reeves has won on a couple of visits to New Zealand and has the talent to take it to the best on this side of the Tasman if his Brian Stokes-prepared Ford Fiesta AP4 can prove reliable.

Robbie Stokes and Mike Sheehan look the most likely to fight out for the FIA Group N 2WD title while Marcus van Klink (Mazda RX8) and Irish internet star Frank Kelly (Ford Escort Mk2) will be standouts in the Open 2WD category.

Regan Ross (Ford Escort) will start as favourite in the Historic 2WD class and should mix it with Van Klink and Kelly for overall 2WD honours.

The Gull Rally Challenge sees a big growth in entry numbers and looks very wide open. New Caledonia’s Eugene Creugnet, Matt Adams and Bryn Smith will be the favourites in 4WD while the likes of Daniel Alexander and Ari Pettigrew should feature at the front of the 2WD class.

The rally begins with a ceremonial opening at the Octagon on Friday night before live action gets underway from 7.25am Saturday with eight stages south of Dunedin. Action continues on Sunday with a further seven tests north of the city.

Live streaming of the rally will be available via www.facebook.com/newzealandrallychampionship while end of day highlights will be accessible via the www.nzrc.tv YouTube channel.