The Toyota stalwart will bring his 1980 Toyota Celica RA40 to New Zealand after convincingly winning the classic component of this year’s Australian Rally Championship. 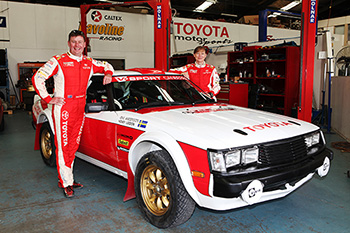 Neal Bates & Coral Taylor will contest the 2013 Rally of Otago.Bates, who won his national titles driving Toyota Celicas and Corollas,
is best remembered for his enthralling battles with New Zealander,
Possum Bourne, in the late 90s and early 2000s. While Bourne was at his
brilliant best in a Subaru Impreza World Rally Car, Bates was behind the
wheel of an ex-Toyota Team Europe Corolla WRC and took it right up to
the Kiwi.

Over 10 years on, the Canberra driver is eagerly anticipating his first entry into the Classic Rally of Otago.

“It’s
an event that I’ve looked at for a few years and thought that I’d love
to do it, so I’m really looking forward to it,” Bates said.

“One
of the exciting things for me will be competing against Miki Biasion
(Porsche 911), but also the challenge of trying to see if something
other than an Escort BDA can be up at the front.

“It would be nice to see a different type of car up at the pointy end, and I don’t see any reason why we can’t be competitive.

“It will be a tough assignment, and until we get over there we won’t know, but I’m looking forward to the challenge.”

Bates
will be partnered by his usual co-driver, Coral Taylor, and will
freight his Celica to New Zealand after the first round of the
Australian Championship, in Canberra, in early March.

“My biggest concern is the one-pass reconnaissance
which will make it difficult to learn the stages quickly,” Bates added,
“but Coral and I are an experienced combination and hopefully that won’t
cause too many problems.

“Unfortunately the event clashes with
the Western Australian round of the ARC, but we’re committed to doing
the Otago Rally and giving it our best shot.” 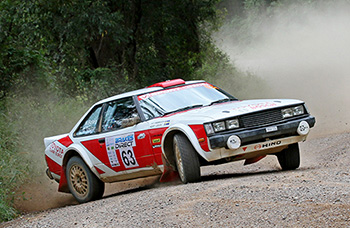 Neal Bates’ sideways style will thrill the Otago Rally spectators.While this will be
Bates’ first visit to the Rally of Otago, it’s not the first time he’s
competed in New Zealand. He contested NZ’s round of the World Rally
Championship back in 1997, and instantly fell in love with the country’s
unique cambered roads.

His entry into the Classic Rally of Otago
follows on from other former Australian Rally Champions, including Ross
Dunkerton, Greg Carr and Geoff Portman, who have competed in the
popular event.

“We are delighted to have Neal and Coral compete in Otago,” Clerk of Course, Norman Oakley, said.

“Together
with Miki Biasion, they will provide a real challenge to the Kiwi
competitors who have tended to dominate the event in the past.

“The field is shaping up to be of extremely high quality and truly international in
scope.

“For
many Kiwis, Neal and Coral represent in many ways the pinnacle of
Australian rallying, and to have them compete here means more to us than
'just' the addition of a top flight competitor.”

Next year’s
Rally of Otago will also be the first round of the New Zealand Rally
Championship, and the 20th consecutive year that the Otago Sports Car
Club has hosted a round of the NZRC, a feat that even Rally New Zealand
can’t claim.