The Rally of Otago will return to an all-daylight format in 2013, with more public road stages and the return of the legendary Dansey’s Pass stage.

The rally, to be held from April 5 to 7, will be the first round of the New Zealand Rally Championship and will also include the International Classic Rally of Otago, and the Allcomers Rally.

According to Rally of
Otago Clerk of Course, Norman Oakley, 2013’s event will begin with a
ceremonial start in Dunedin on Friday night, April 5, but without the
night stages used over the past two years.

Sixteen stages
totalling approximately 270 competitive kilometres will follow on
Saturday and Sunday, with stage lengths varying from seven to 30
kilometres.

“Aside from the traditional street stage in Dunedin on Saturday afternoon, the event will again be all gravel,” Oakley said. 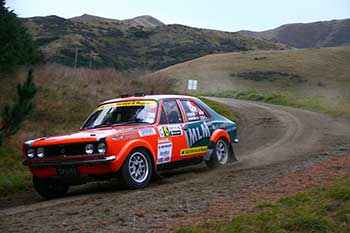 Dunedin’s Mark Laughton is a regular Otago Rally competitor.“We
have decided to remove the Friday night stages to take away any
perceived barriers to entry, but have changed the route to include the
legendary sub-alpine Dansey’s Pass stage that links Central and North
Otago.

“We have also included two great stages on the fast, flowing roads west of Oamaru.”

The
2013 event will use a new forestry stage in the Herbert Forest that the
Rally of Otago has not used for decades, but which has been seen in the
Silver Fern Rally in recent years.

“Other stages from the past may be familiar in parts, but have been reconfigured for the 2013 rally.

The rally will again include a one-pass reconnaissance on the Thursday afternoon and Friday (April 4 and 5).

Accommodation
over the rally weekend is expected to be at a premium in Dunedin, so
those wishing to stay at the event hotel (Scenic Circle Southern Cross)
should book early and indicated that they are involved with the rally.

The Rally Guide and entry forms will be available early in the New Year, once approved by MSNZ.