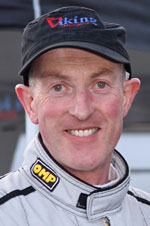 The first official function of the 2012 DriveSouth Rally of Otago will be an exclusive dinner with former British Rally Champion, Gwyndaf Evans.

This is your chance to meet and mingle with the 52-year old former school bus driver, who will drive a locally prepared Ford Escort RS1800 in the event.

Evans was the British Rally Champion in 1996, and has been one of that
country’s leading rally drivers since the 1980s, driving for the factory
Ford, Seat, MG and Mitsubishi teams.

He has taken several top 10 placings on World Rally Championship events,
and comes to New Zealand determined to follow in the footsteps of the
other rallying greats who have contested the rally.

The three-course dinner will be held on Thursday, May 24 at Madly British, 286 Princes Street, Dunedin, commencing at 6.45pm.

Tickets are $45 per head, which includes a three-course dinner. Drinks will be available from the bar.

Places for the dinner are strictly limited, with RSVPs required by
Monday, May 21 to sid@madlybritish.com, or by phoning 03 929 1105.