Two more big name competitors have joined the entry list for the 2013 International Classic Rally of Otago as international teams continue to flock to the Dunedin-based event.

With the recent announcement that two-time World Rally Champion, Miki
Biasion, will contest the event in a Porsche 911, David will also bring
his Porsche back to New Zealand to pit his skills against the Italian. 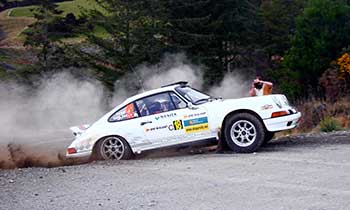 Jeff David was second in the 2011 Rally of Otago.The
New South Welshman missed the Rally of Otago in 2012, but finished
second in 2011 and third in 2009, clearly showing his ability on the
cresty South Island roads.

One or Australia’s quickest drivers in classic rallying, David is looking forward to returning to Dunedin.

Queenslander
Stewart Reid is another driver who has had some success at the Otago
Rally. Driving a Ford Escort RS1800, Reid led the 20011 rally after the
first few stages, in a field that included 1981 World Champion, Ari
Vatanen.

He eventually retired with a broken axle, but returned in 2012, only to have an accident on the event’s very first stage.

In
2013 Reid and co-driver, Iain Stewart, will compete in their own
BDG-engined Escort, but to full Group 4 specifications by Historic Rally
Sport in the UK.

With more international competitors likely to
enter the event in the coming weeks, the 2013 Rally of Otago is shaping
up to be the most competitive yet.

Also on the entry list will be former winner, and 2012 Silver Fern Rally victor, Deane Buist. 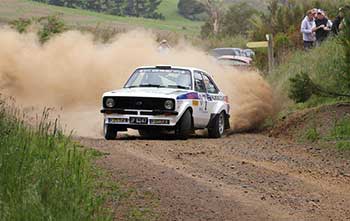 Dean Buist won last month’s Silver Fern Rally in an Escort.The
Christchurch driver has always been a crowd favourite at the Otago
Rally, and next year will be no exception, as he’ll have nothing but
outright victory on his mind.

Buist will drive the Ford Escort
RS1800 that he drove to victory in the week-long Silver Fern, and will
be at short odds to do win again in April.

Next year’s Rally of
Otago will also be the first round of the New Zealand Rally
Championship, and the 20th consecutive year that the Otago Sports Car
Club has hosted a round of the NZRC, a feat that even Rally New Zealand
can’t claim.