Popular Queensland driver, John Spencer, will return to contest the Stadium Cars International Classic Rally of Otago in 2014, driving a car that will be familiar to many New Zealand rally fans.

Spencer, who has previously contest the Otago Rally in a Datsun 1600,
purchased Rob Wylie’s Nissan 240RS in 2012. It was in this car that Tony
Teesdale won the 1984 New Zealand Rally Championship.

Since
purchasing the unique piece of rallying history, Spencer has given the
car “a birthday”, and is looking forward to getting back to New Zealand
on stages that he loves.

Spencer’s most recent event in the car
was in the classic section of Rally Australia last September, an event
in which he and co-driver, John Goasdoue, finished on the podium.

Goasdoue
was tragically killed in a mountain biking accident in Queensland in
November, and at this stage Spencer has not decided on a replacement
co-driver.

After contesting the Otago Rally, Spencer plans on
leaving the Nissan 240RS in New Zealand, where he hopes to compete in a
couple more South Island rallies during the remainder of 2014. 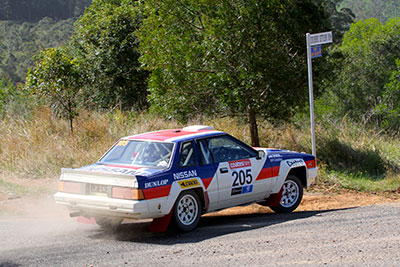