Winning the weekend’s opening round of the Brian Green Property Group New Zealand Rally Championship seemed easy for past two-time champion Hayden Paddon from Geraldine. He and Blenheim based co-driver John Kennard finished 4mins 25sec ahead of Masterton’s Richard and Sara Mason after the 807.28km long Drivesouth Rally of Otago held over the Saturday and Sunday. Third overall, 2mins 56sec behind the Subaru of the Masons was four-wheel-drive rookie Ben Hunt and Tony Rawstorn of Nelson. 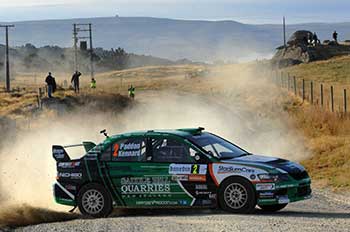 “It was a good weekend even though we had a few things that kept us on our toes early on,” said Paddon at the ceremonial finish.

“I’ve
really enjoyed being back in the seat and to be winning again after a
tough past twelve months is a real bonus. A huge credit to the team;
with the amount of effort that’s gone in to the rebuild on this car back
home has been massive.

“We’ve had our fair share of issues this weekend with lack of full power at times but first and foremost the car got through.”

Today’s
eight special stages, held largely to the south and east of Dunedin
began with frosty and foggy conditions – with only 23 of the original 31
championship starters departing for the day’s action.

Winning the
opening stage and six others for the day, Paddon incrementally improved
his overnight lead. While the Mason’s scalped one back mid-way through
the day the rest of the field largely followed each other to the finish.

Of the survivors, fourth overall was Rangiora brother and sister pairing Matt and Nicole Summerfield, in a Subaru STI.

Fastest
two-wheel-drive championship team was Christchurch’s Deane Buist and
Andrew Bulman in a Ford Escort RS1800. Winning the BNT Historic Rally
category, they headed off a spirited charge from fellow Canterbury
campaigners Jeff Judd and Malcolm Read while Australian Stewart Reid and
Ian Stewart had to settle for third.

“It was close and we were having a good time so the win was a bonus,” said Buist, of his first classic championship victory. 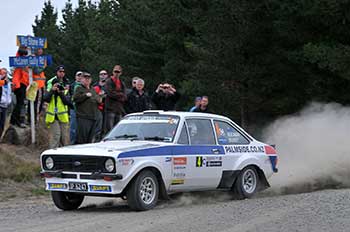 This year each competition class
fits inside one of three categories: Super Rally, supported by Auto
Finance Direct, for the modern cars, BNT Historic Rally and the Gull
Rally Challenge – contested on the Sunday only. Only Oamaru’s Scott
Simpson finished the day, taking maximum points.

The
second round of six moves to the top of the North Island and will be a
part of the FIA Asia Pacific Rally Championship field contesting the
International Rally of Whangarei, in association with the Brian Green
Property Group – 18 to 19 May. 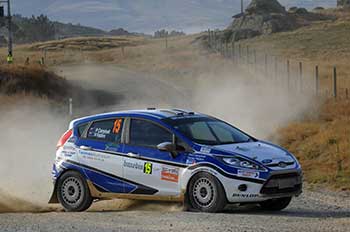