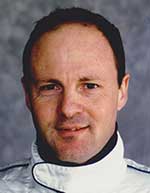 The first official function of the 2013 Rally of Otago will be a pre-rally dinner with the 1988 and 1989 World Rally Champion, Miki Biasion.

Biasion, who was one of the WRC's most dominant drivers in his time with
the factory Lancia team, will drive a Porsche 911 in the Stadium Cars /
Nichibo International Classic Rally of Otago.

Together with his
co-driver, WRC star and regular Otago Rally competitor, Fabrizia Pons,
Biasion will attend the three-course dinner, to be held at the Heritage
Room of the Southern Cross Hotel on Thursday, April 4.

New
Zealand's Production World Rally Champion, Hayden Paddon, as well as all
the leading New Zealand and Australian competitors will also be in
attendance.

Rally fans have the chance to dine alongside these
rallying greats, with tickets just $50 for a three-course meal, and
drinks available at bar prices.

To book for the dinner, send an email to sarah.mcdonald@scenichotels.co.nz by Monday, April 1, as places are strictly limited.

The
2013 Rally of Otago will start on Friday evening, with the competitive
stages on Saturday and Sunday. Competitors in the event will tackle 16
special stages over a distance of 255km.

The event is also the first round of the 2013 Brian Green Property Group New Zealand Rally Championship.