Italian Miki Biasion, the 1988 and 1989 World Rally Champion, is the headline act for this year’s Stadium Cars / Nichibo International Classic Rally of Otago, which gets underway in Dunedin this Friday night.

The 55-year won 17 rounds of the World Rally Championship, in a stellar career driving for the powerful Lancia team.

Now, Biasion returns to rallying driving a locally-prepared Porsche 911 in his first competitive event for some years.

One
of the classiest entry lists for many years will see up to eight
drivers in with a chance of victory over the 16 stage, 270 kilometre
event.

Biason’s long absence from the sport will make victory
difficult for him, but there are plenty of others eager to spray the
victory champagne on Sunday afternoon.

Last year’s winner, Marcus
van Klink (Mazda RX7), broke the Ford Escort domination of the rally
with a come-from-behind win and will be keen to repeat that result,
however his task won’t be easy. 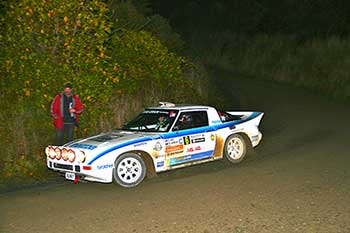 Ayson,
a farmer from Clinton, has often been beaten for outright speed by his
rivals, but his consistency and the reliability of his Nissan-engined
Escort have regularly come to the fore.

In 2012, Ayson was on track for his fourth consecutive victory, only for a last day puncture to drop him back to fifth place.

Buist,
on the other hand, has always been a pacesetter in the Otago Rally, and
after winning last year’s week-long Silver Fern Rally, there’s no
reason why the Christchurch driver won’t be eyeing a second event
victory.

van Klink is sure to be in the mix again, as is
Christchurch’s Jeff Judd (Ford Escort), and the leading Australian
drivers, Neal Bates, Stewart Reid and Jeff David. 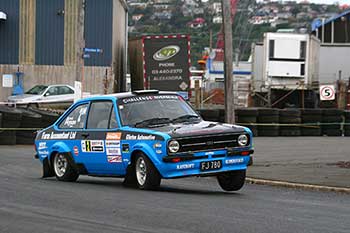 Derek Ayson is aiming for his fourth Otago Rally win.Bates, a
four-time Australian Rally Champion, will be making his Otago Rally
debut in a rear-wheel drive Toyota Celica, while Reid, from Queensland,
was leading the 2010 event before a broken axle ended his rally.

He returned last year to make amends, but crashed on the first stage, so there’s no doubting he’ll have a point to prove.

{mosimage}David
will drive a brand new Porsche 911, and after finishing second to Ayson
in 2011, he’ll also fancy his chances of a top three finish, if not a
win.

“It’s a fantastic top 10 that has been assembled for this year’s rally,” event spokesman, Roger Oakley, commented.

“We’re
thrilled to have attracted Miki Biasion to New Zealand, and we’ve once
again had an incredible response from Australia, with 14 Aussies in the
field this year.

One of those drivers is Darryn Snooks, a
Victorian who has now contested the event on several occasions and
returns this year in his Datsun Stanza. Another, David Thompson, is back
for the second year running in his crowd-pleasing Ford Falcon XY GT.