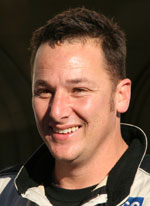 The winner of the past three years, Derek Ayson, held a commanding one minute lead heading into the penultimate stage, but he punctured a tyre on his Ford Escort, relegating him to an eventual fifth place.

van Klink and his co-driver, David Neill, didn't have a trouble-free run
in the three day event, but they were in front when it counted and took
a memorable victory. 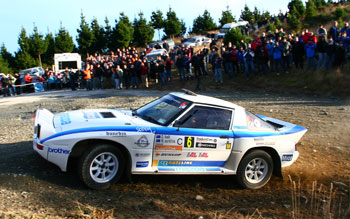 McCrostie was hoping to keep ahead of the Australian, however
last-minute mechanical problems with his Nissan Bluebird put paid to
that.

A punctured tyre also cost Hayden Paddon victory. The reigning
Production World Rally Champion had built up a 90 second lead on day
two, but lost over seven minutes with a flat rear tyre. A committed
drive over the final day saw Paddon recover to fourth place, 37 seconds
ahead of a disappointed Ayson.

Perfect weather conditions greeted competitors on the final day for the
last six stages. With 130km of competitive driving, it was always going
to be hard, and so it proved. 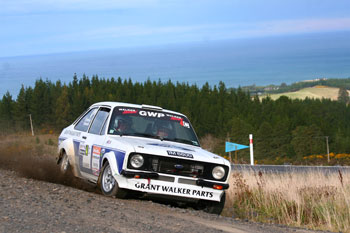 Australian Geoff Portman was second in his Ford Escort RS1800.Mike Townshend took sixth place after a great drive in his Toyota
Corolla, with Dunedin's Mark Laughton finishing seventh in his
V8-engined Hillman Avenger, and finishing as the first driver not using
pace notes.

Another Aussie, Grant Walker (Ford Escort), took eight, Deborah Kibble
was ninth in a Mitsubishi Lancer Turbo, with Miles McElwain rounding out
the top 10 in his Corolla AE86.

Welsh driver, Gwyndaf Evans, had another difficult day in his Ford
Escort RS1800. With former World Champion Phil Mills in the co-driver's
seat, the pair had a troubled event, but pressed on regardless.

Although they finished outside top 10, they both enjoyed the event and
hope to return to the Stadium Cars / Nichibo International Classic Rally
of Otago in the future. 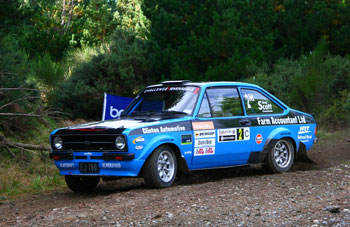 Derek Ayson, shortly before the puncture that cost him victory.