Walker out, Buist in for Rally of Otago

Australian driver, Grant Walker, is an unfortunate withdrawal from this weekend’s Stadium Cars / Ssangyong International Classic Rally of Otago after crashing in a round of the Victorian Rally Championship last weekend.

In treacherous conditions, Walker crashed his Ford Escort RS1800 into a tree and suffered a broken arm.

Walker
was to have driven a car prepared by Deane Buist (pictured) in New Zealand, but
with his withdrawal, his entry will be taken over by Buist himself – a
former winner of the event.

The Christchurch driver will be
another in with a chance of victory, alongside the Escorts of 1994 World
Champion Didier Auriol, Kiwi Hayden Paddon, and Aussie Neal Bates in a
Toyota Celica.

We wish Grant Walker all the best in his recovery. 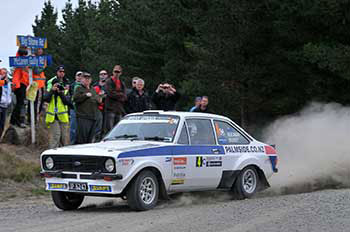