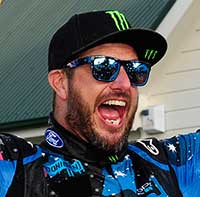 The entry list for the 2015 Otago Rally has been released, with nearly 80 cars to contest the event over the weekend of May 8-10.

A strong field of competitors in the Leviathan Hotel Allcomers Rally will also contest the event’s 16 closed road special stages to the north and south of Dunedin.

Fresh from his win in last weekend’s Rally of Whangarei, Block and co-driver Alex Gelsomino could become the first international pairing to win the NZRC component of the Otago Rally. Driving their Ford Fiesta, they’ll be hard to beat. 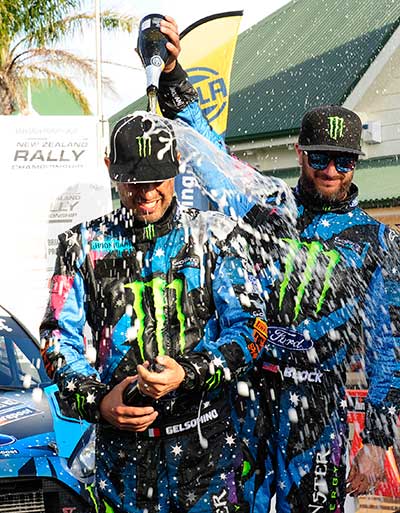 Ken Block and Alex Gelsomino won the Rally of Whangarei in mid-April.The Subaru Impreza WRXs of Ben Hunt and Matt Summerfield will follow Block off the start line in Dunedin’s Octagon on the Friday night, followed by the Mitsubishi Lancers of Phil Campbell and Dylan Turner.

A big crowd of spectators is expected to attend the event, with Alex Kelsey’s home-built Kelsey MC2 sure to attract significant attention. With a Renault engine that sounds like a Formula 1 car, the car was built in Kelsey’s garage in Coromandel.

Dunedin’s top hope will once again be Emma Gilmour, driving her Suzuki Swift Maxi, while Australian Tony Quinn – the owner of the Highlands Motorsport Park – will drive a Toyota 86 in what will be his first Otago Rally entry.

Hyundai factory driver, Hayden Paddon, leads the Stadium Cars SsangYong Classic Rally field in a 2-litre BDA, and the race for victory between he and Alister McRae in a Ford Escort RS1800 will be one to watch.

Paddon easily led the Classic Rally last year, only to roll out of the event mid-way through the first day.

After his win in last weekend’s Race to the Sky Hillclimb, McRae will be in hot form and is sure to push Paddon all the way.

Multiple Otago Rally winner, Derek Ayson, returns in his Ford Escort, as does one of last year’s surprise packets, Regan Ross, also in an Escort.

Marcus van Klink’s flame-throwing Mazda RX7 is the first non-Escort in the classic field, while former New Zealand Rally Champion, Brian Stokes, will also be one to watch. 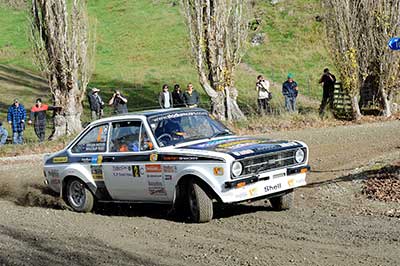 Hayden Paddon in action in last year’s Otago Rally.The 2015 Otago Rally is also round two of the New Zealand Rally Championship, and will get underway with a publicity start in Dunedin’s Octagon on Friday night, May 8.

The rally’s stages will be held to the north and south of the city on the Saturday and Sunday, before the champagne finish at the Dunedin railway station.

The full entry list, and spectator information for the event is available from www.otagorally.com