Former Bathurst 1000 winner and lap record holder, Greg Murphy, is the latest big name entry in the Otago Rally, to be held in New Zealand’s South Island from April 8-10. 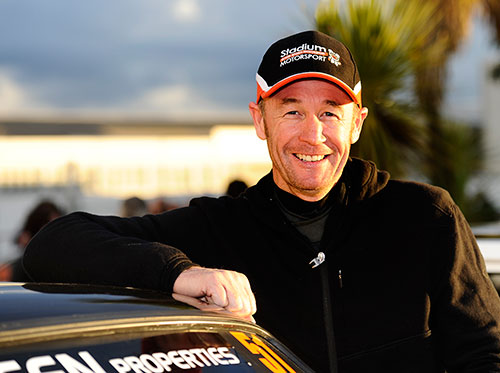 The 43-year old will be back behind the wheel of a General Motors product for the event, driving a 1979 Vauxhall Chevette in the Leviathan Hotel Allcomers class of the rally.

Once a Holden factory driver in the Australian V8 Supercars series, Murphy has made several forays into rallying in the past 12 months, driving a Ford Escort in a number of events.

However, his switch to a GM product will put a smile on his thousands of loyal fans.

Murphy’s 2.3-litre Vauxhall Chevette is fuel injected, making it ineligible for the Stadium Cars Otago Classic Rally. The car has recently been rebuilt by Stadium Motorsport.

Murphy will be co-driven by another famous name in New Zealand motorsport. Mark Leonard is a former New Zealand Rally Championship front-runner and the winner of the 1990 Otago Rally. His father, and head mechanic, Leo Leonard, is a New Zealand saloon car racing great.

“Having a New Zealand motor racing legend like Greg Murphy in the field is sure to add plenty of interest to the event,” Otago Rally spokesman Roger Oakley said.

“Greg’s long list of achievements are well document, and we’re thrilled to have him as part of this year’s rally.”

The Otago Rally and the Drivesouth Rallyfest is supported by major events funding from the Dunedin City Council.