Former Ford, Peugeot and Subaru factory driver, Markko Märtin, is a last-minute entry for the 2016 Otago Rally, to be based in Dunedin from April 8 to 10. 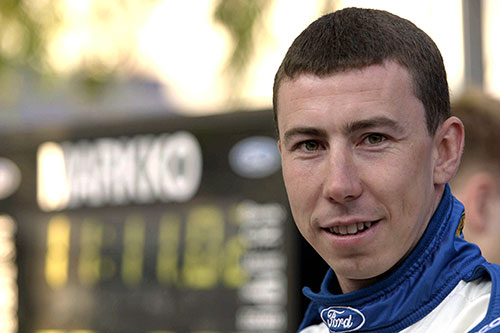 The Estonian will be co-driven by the equally experienced Belgian, Stéphane Prévot, in a Ford Escort RS1800 prepared by the Rossendale Wines Rally Team.

Märtin replaces the previously entered Mikko Hirvonen, who has had to pull out of the event after his current employer, MINI, added another event to their Cross Country Rally program.

While disappointed that Hirvonen will be unable to come to the Otago Rally this year, event spokesman, Roger Oakley, said that Märtin will be a popular replacement.

“Nobody is more disappointed than Mikko to have had to pull out of the event, as he was really looking forward to it. However, a change in MINI’s plans meant that it was out of his control,” Oakley said.

“We completely understand his situation, and look forward to welcoming him to the Otago Rally in the future.

“Having said that, Markko Märtin will also be a huge attraction. In his days in the World Rally Championship he was one of the most popular drivers, and his speed was electric.

“With five WRC wins to his credit, including an historic victory for Ford in the 2003 Rally of Finland, he has huge credentials.

“I know that the Otago Rally fans will be keen to meet both Markko and Stéphane, and see them on some of the event’s iconic stages.”

Märtin retired from the World Rally Championship at the end of the 2005 season after 84 events and 101 stage wins.

Only last weekend he had his first drive in an historic rally, driving a Ford Escort RS1800 in the Boucles à Bastogne event in Belgium, where he finished second.

“After competing in Belgium, I am very much looking forward to heading to New Zealand for the Otago Rally,” Märtin said.

“I have fond memories of competing in New Zealand’s WRC event, and Stéphane and I are eager to experience the Otago Rally – an event we have heard so many good reports about.”

Current Hyundai factory team co-driver, John Kennard, has been instrumental in getting Markko Märtin as a late replacement for Mikko Hirvonen, to which the Otago Rally organisers are extremely grateful.

Together with the partnership with Brent Rawstron and the Rossendale team, Kennard’s assistance has been vital. 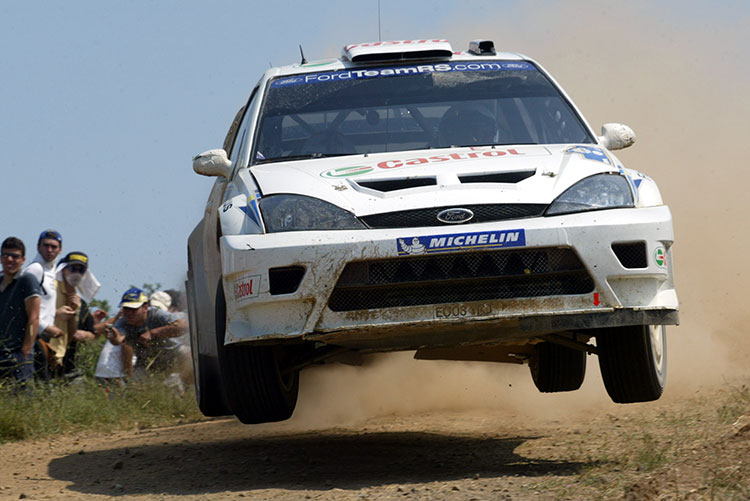 Markko Martin on his way to winning the 2003 Acropolis Rally in a Ford Focus RS WRC. (Photo: Martin Holmes)