Former World Rally Championship star, Markko Martin, has blitzed the field in the 2016 Stadium Cars Otago Classic Rally, taking a two and a half minute victory. 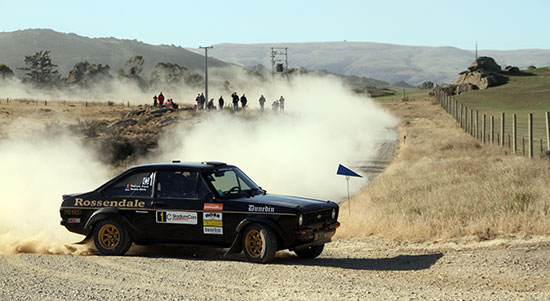 Markko Martin slides through a corner on his way to victory in the 2016 Otago Classic Rally. Photo: Peter WhittenDriving a Ford Escort RS1800 for only the second time, and for the first time on a gravel rally, the Estonian and his Belgian co-driver, Stephane Prevot, led the 17 stage event from start to finish.

Christchurch’s Marcus van Klink finished second in his potent Mazda RX7, while third place went to event sponsor, Tony Gosling, after the drive of his life in another Ford Escort RS1800.

However, it was the inch-perfect Markko Martin who won 13 of the 17 stages in a totally dominant performance.

“It was very enjoyable to come here and to do one of the best classic rallies,” Martin said.

“The scenery has been stunning and Dunedin is such a nice place to be.

“It has been great to come here and do a good job in a great car, and to have fun while doing it.” 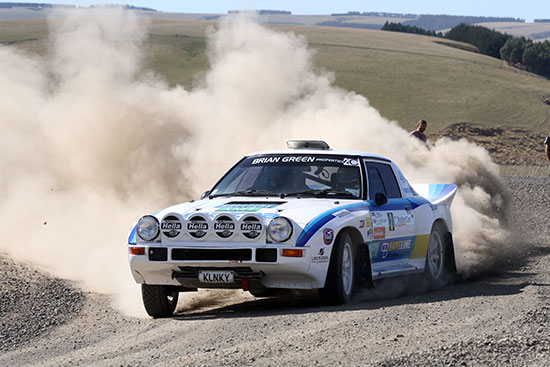 After the disappointment of not completing enough laps of the tarmac stage on Saturday afternoon and receiving a hefty time penalty, Australian driver Ben Barker charged through Sunday’s stages in his BMW 320is to claim an impressive fifth place, just seven seconds ahead of fellow Aussie, Stewart Reid, in a Ford Escort RS1800.

An altercation with a tree on the final stage cost Jeff Judd a top five finish in his Escort, while the similar car of Brian Stokes rolled out of the rally just three stages from the end. Also unlucky was Gore driver Derek Ayson, who suffered mechanical problems in his Escort that forced him to miss three stages.

Dunedin’s Allan Dippie rolled his Porsche 911 RS on the final stage at Kuri Bush, but still managed to finish in 19th place.

Only 26 of the original 46 starters finished the Classic Rally, after one of the driest Otago Rallies in recent memory. 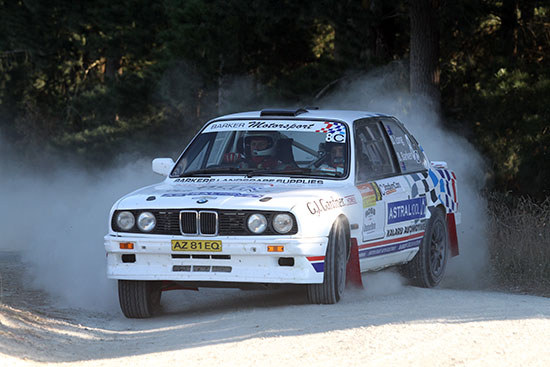 Driving a brand new Hyundai i20, the WRC stars finished a staggering nine minutes and 22 seconds in front of the new Subaru WRX STi of current NZ Champion, Ben Hunt, while David Holder’s Mitsubishi was third, a further 18 seconds in arrears.