Hayden Paddon has continued his domination at the opening round of the Brian Green Property Group New Zealand Rally Championship, powering to an eventual winning margin of 9 minutes 22.1 seconds, a new record. 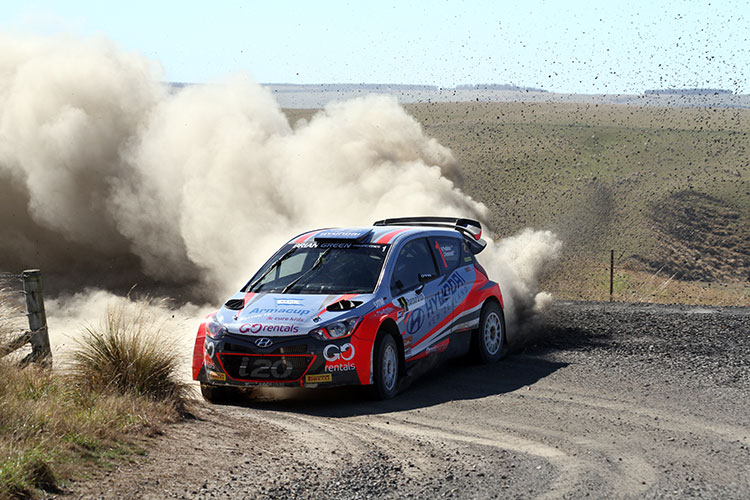 While Paddon was in a class of his own in his brand new Hyundai i20, the battle for the remaining podium spots would go down to the final stage, with Ben Hunt’s new Subaru WRX STI holding off a fast finishing David Holder’s Mitsubishi by just 18.4 seconds. Phil Campbell (Mitsubishi) and Andrew Hawkeswood (Mazda) rounded out the top five.

Sixth overall was enough to earn Richard Baddock the Dunlop Drive of the Rally award, entitling him to a set of tyres largely used amongst the front running competitors.

The Historic Category provided great drama when overnight leader Regan Ross had his foot slip off the brake pedal, causing him to leave the road, losing three minutes. That gave Marcus van Klink the class win over Tony Gosling, while Ross inherited third place when Jeff Judd left the road in the final special stage.