The Otago Rally: what makes it so good?

For 12 years I’ve been singing the praises of New Zealand’s Otago Rally, after first travelling to the South Island city of Dunedin in 2003.

My first journey to the home of Speights beer and Cadbury chocolate was on the recommendation of five-times Australian Rally Champion, Ross Dunkerton, who had contested the event in 2002 and had come home gobsmacked by what he saw.

The hospitality and help that Dunkerton had received in Dunedin was more than he had ever experienced before, and my first trip only reinforced this.

Twelve years on, the event continues to improve and evolve, so much so that the list of former World Rally Champions who have contested the event is literally a who’s who of the sport. Mikkola, Waldegard, Kankkunen, Biasion, Vatanen and Auriol have all competed, and while none of them have won the rally, their experiences have ensured that there is always another international star ready to head down under.

And let’s not forget others that contested the event even before the World Champions became involved. Cody Crocker and Ken Block have all competed, but in the days before the Classic Rally become the carrot that attracted the really big names. 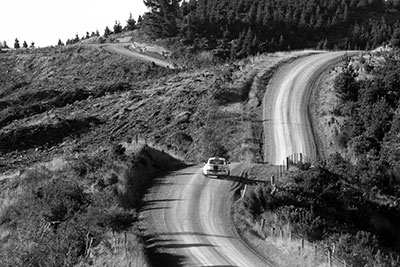