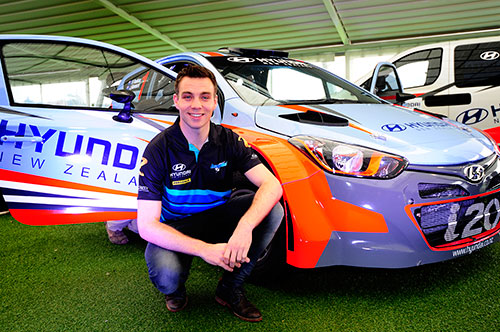 Hayden Paddon with the brand new Hyundai i20 AP4 that will be debuted at the Otago Rally.Paddon and regular co-driver, John Kennard, will take a break from their WRC duties to debut a new Hyundai i20 in the first round of the New Zealand Rally Championship, to be held from April 8-10.

With backing from Hyundai New Zealand, the new car has been built by fellow competitor, Andrew Hawkeswood, and his Force Motorsport team, and was unveiled in Auckland on March 24.

“From the outside it may look like a World Rally Car (we have used all the body panels from the 2015 WRC car), but under the skin it has been built to new AP4 regulations – new rules that have been launched to try and encourage new car builds for regional rallying, with looser rules and lower budgets,” an excited Hayden Paddon said.

“While this i20 AP4 does not fully conform to all the regulations (the engine and aero being the biggest differences) the chassis and idea is 100 per cent AP4. With the ageing Group N cars on the way out, I feel this is a way forward for New Zealand and Australian rallying, with the chassis being able to be adapted to most small hot hatch cars. 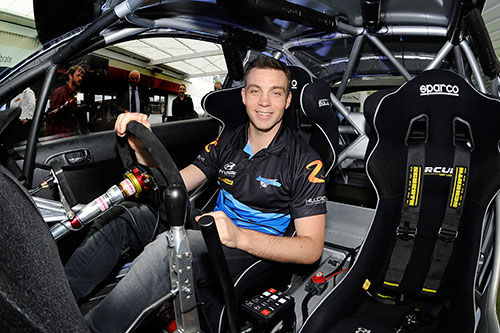 “This means the possibility of more manufacturer involvement, cars that align to the modern WRC look and cars that will promote more exciting driving. In the long term this will be a win for everyone involved.”

Otago Rally spokesman, Roger Oakley, said the event was thrilled to welcome Paddon and Kennard back to the rally that they won in 2015.

“Hayden and John are stars of the WRC and have already achieved a podium finish in this year’s championship, so we’re looking forward to seeing them debut the new Hyundai AP4 at Otago,” Oakley said.

“Naturally, he’s been given the #1 start position for the event, and we’re sure that his entry will attract a large number of spectators over the three days of the rally.”

While Paddon will start as the favourite to win the event, it won’t be a walk in the park for the Geraldine driver.

Current New Zealand Rally Champion, Ben Hunt, will debut a new Subaru Impreza WRX and will be pushing hard for victory, as will a host of other NZRC regulars.

Former WRC driver, Estonian Markko Martin, will contest the Stadium Cars Otago Classic Rally in a Ford Escort RS1800, making the rally one of the most anticipated in recent history.