Former World Rally Championship star, Markko Märtin, has blitzed the field on the opening day of the Stadium Cars Otago Classic Rally, driving to a 42.3 second lead after the opening eight stages. 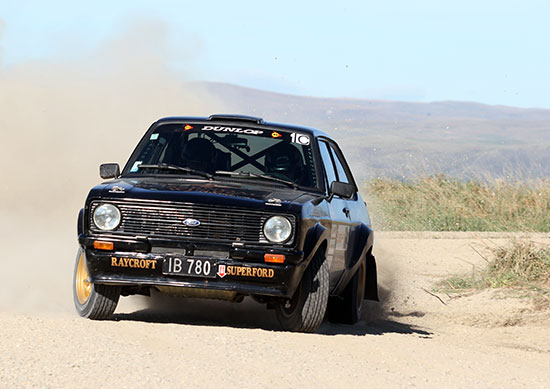 Estonian Markko Martin dominated the opening day of the Stadium Cars Otago Classic Rally. (Photo: Peter Whitten)The Estonian and his Belgian co-driver, Stephane Prevot, were untroubled in their Rossendale Wines Ford Escort RS1800, despite this being his first ever drive of a rear-wheel drive rally car on a gravel event.

Kaikoura’s Regan Ross is in second place in another Ford Escort after a day-long battle with the Mazda RX7 of Marcus van Klink, with event sponsor Tony Gosling fourth, and Gore’s Derek Ayson rounding out the top five.

But it was the flying Estonian who was the talk of the day, taking a 16 second lead after the first stage, and extending that advantage throughout the day.

“I’m very happy,” Märtin said after the tarmac super special stage around the streets of Dunedin on Saturday afternoon.

“I can’t believe how good the Rossendale car is to drive. It stops well, has great gearing and is really fun to drive – I love it.”

The former Ford, Subaru and Peugeot WRC driver, and the winner of five WRC rallies, only rallied a two-wheel drive Escort for the first time two months ago, but that was on a tarmac event in Belgium. He was expected to be fast in New Zealand, but his pace has surprised even the experts. 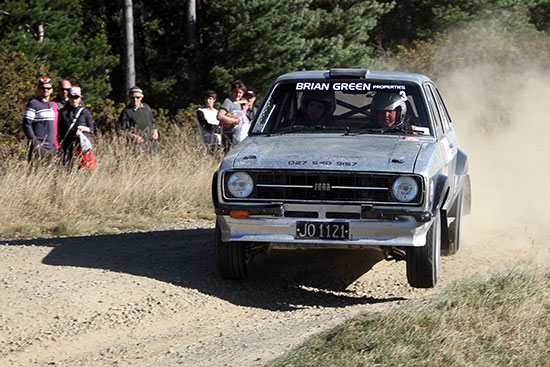 Regan Ross drove well and is still within reach of victory should Markko Martin strike problems. (Photo: Peter Whitten)Eight of the top 10 placings after Day 1 are taken up by BDA-engined Ford Escorts, with only the Mazda of Marcus van Klink looking likely to be able to push for a podium place.

van Klink had a big spin on stage two, giving a handy buffer to second placed Regan Ross in his Escort, while one of the drives of the day came from Tony Gosling.

Driving the car that Hayden Paddon steered to victory in 2015, Gosling and co-driver Blair Read have shown speed and precision as they moved their way 12 seconds clear of the Nissan-engined Ford Escort of Derek Ayson, who had brake problems early in the day.

The Escorts of Jeff Judd and Brian Stokes are sixth and seventh, with Stokes’ drive made all the more remarkable given that he also competed in the very first Otago Rally, 40 years ago, in 1976.

Australian Ben Barker had been fifth outright in his BMW 320is going into the final tarmac stage, but failing to do the correct number of laps around the street stage cost them a hefty penalty that has relegated them to 12th place. 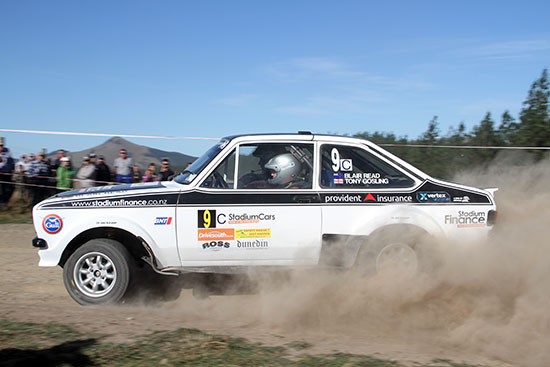 Day two of the Stadium Cars Otago Classic Rally heads north west of Dunedin to Middlemarch for a further nine gravel stages. The event concludes with the famous Kuri Bush stage on the coast, before the champagne finish at the Dunedin Railway Station at 3.25pm.

To see more photos from the Otago Rally, visit our Facebook page.