The 2017 Otago Rally has so far received over 130 entries, including 51 in the opening round of the New Zealand Rally Championship (NZRC). 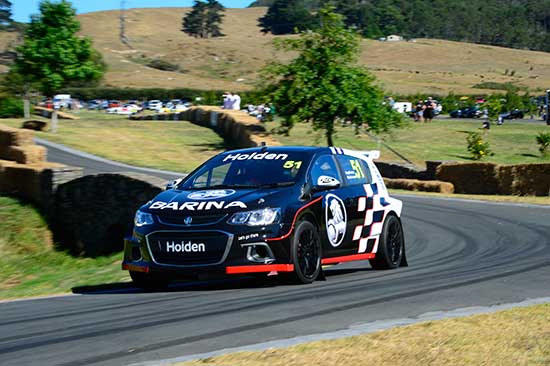 A factory backed Holden Barina will contest the Otago Rally. (Photo: Geoff Ridder)Event organisers and NZRC officials have been scouring the record books as entries continue to flood in for the April 8 and 9 rally, to be based in the South Island city of Dunedin.

It is the largest number of entries the Otago Sports Car Club have received for the Otago Rally for at least 30 years, while the 51 NZRC entries is the best for 15 years, highlighting the current popularity of the sport in New Zealand.

The list contains several new AP4 class cars, including a new factory Holden entry and a brand new Toyota Yaris, along with international stars such as Markko Märtin (Estonia) and Frank Kelly (Ireland).

Originally the entry limit had been set at 110 cars, but Rally Manager, Norman Oakly, said that the list would be extended to include all those crews entered at the close of entries.

Any further entries will be put on a waiting list, pending a review of what is logistically feasible with road closure times, and space allowances at the rally service parks.