A reduced WRC schedule has given Paddon the opportunity to return to Dunedin to push for a record-breaking sixth Otago Rally victory, from April 13-15.

Paddon will team up with long-time co-driver, John Kennard, in the Hyundai i20 AP4+ that they debuted at the Otago Rally in 2016.

On that occasion, the pair streeted the field, taking a comprehensive victory against the best drivers the New Zealand Rally Championship has to offer.

“Otago Rally is my favourite event, a mainstay of the NZ championship, and I love the fast, smooth and open stages,” Paddon said.

“The NZ championship is in fantastic health and I really look forward to supporting it and catching up with many friends.”

His absence from the event in 2017 because of WRC commitments saw the i20 AP4+ driven by David Holder, who continued Paddon’s good form by also winning the Otago Rally in the car.

While Paddon only had two NZRC outings in the car last year, the i20 was further developed by Holder, Job Quantock and Hyundai New Zealand.

“We are starting to make some good progress to the car thanks to the hard work of our team,” Paddon added.

“For this year we will continue to do some updates on the chassis and engine, fine tuning the steering system and some development work to suspension and diffs.

“The car is really coming along and it’s all info we can pass on to other teams to help the AP4 category move forward more quickly.”

Paddon’s Otago Rally entry is a huge boost for the event, which has already received over 70 intentions to enter from competitors.

The Otago Rally is grateful for Major Events funding from Dunedin City Council, and is supported by the Otago Community Trust. 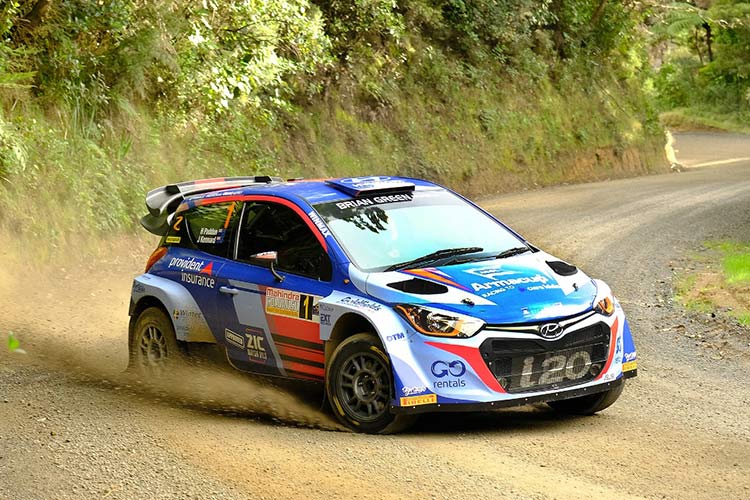 Hayden Paddon will contest the 2018 Otago Rally in his Hyundai i20 AP4+. Photos: Geoff Ridder.