Paddon in control after day one of Otago Rally 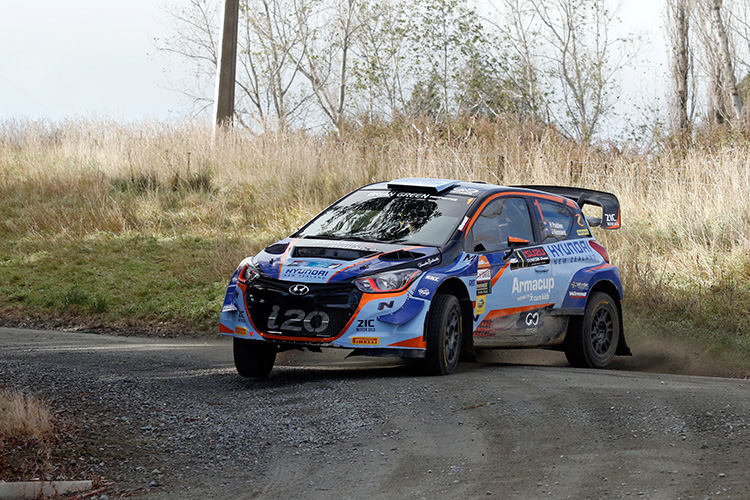 The factory Hyundai star and co-driver John Kennard hold a lead of nearly five minutes after nine special stages on Saturday as he smashed a number of stage records in his Hyundai New Zealand i20 AP4+.

He did have a moment in the infamous Kuri Bush stage, which slightly damaged his car’s steering although he safely nursed it to the end of the day.

“It has been a good one today,” the 30-year-old said. “The car has been going well. I just had that small little moment in Kuri Bush there which buggered the car up for the last couple of stages.

“It is going really well – compared to the same car we had two years ago – it is handling so well.

“A good clean day so hopefully the same tomorrow.”

Despite having the rally in control Paddon is promising not to back it off as he continues to set himself challenges.

“We are just doing our own thing and that has been the same since the first stage. There are stage records out there; I have personal goals as well. I just want to keep pushing and build things up for when I go back overseas.”

Paddon leads the Subaru of 2015 series champion Ben Hunt, who fought his way back superbly after he incurred a time penalty of 50 seconds earlier in the day. Hunt and co-driver Tony Rawstrom had a couple of gremlins in their car and were late checking into stage three, which brought about the penalty. 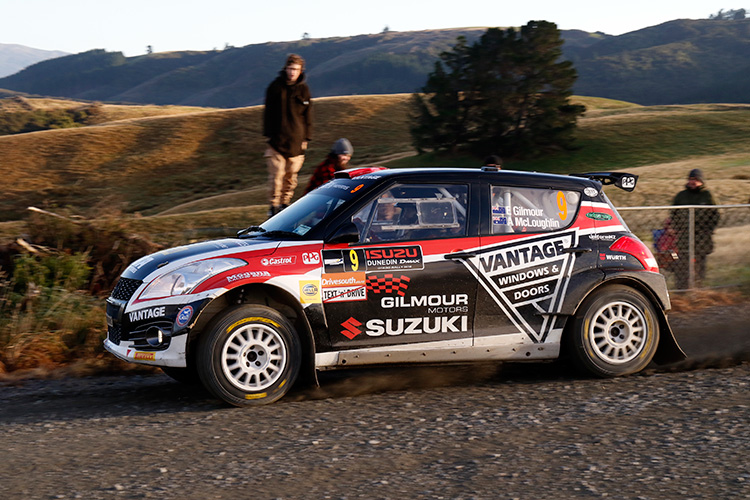 Dunedin’s Emma Gilmour is fourth and closing in on a podium finish. Photo: Peter Whitten

But Hunt responded brilliantly in the afternoon stages to make back that lost time and overhaul a number of his rivals.

“It gave us something to fight back for,” he said. “I love chasing people down. I had a ball out there. The car is handling fantastic and everything is going good.

“Once we fine-tune some of these little starting problems we will be away.

“We will just go out there like we did today, not take any risks or anything.”

Matt and Nicole Summerfield had a mixed day in their debut outing in the Ralliart New Zealand Mitsubishi Mirage. Summerfield took a little while to get to grips with the car after the off-season switch from his older generation Subaru and struggled to be at his best. The Rangiora-based driver found some more pace later in the day and managed to work his way into a top three position by the day’s end some 38.5s behind Hunt.

A resurgent Emma Gilmour finished the day fourth overall in her Suzuki after a trouble-free day alongside co-driver Anthony McLaughlin. The local driver is just 2.2s behind Summerfield and spent the majority of the day inside the top three.

Graham Featherstone and Dave Devonport were fifth in the Mitsubishi after a solid day while Dylan Turner and Malcolm Read had an up-and-down day in the Audi, including a couple of spins.

Josh Marston and Andrew Graves completed a solid day in the Holden Barina to hold down seventh while Grant Blackberry and Ric Chalmers impressed in driving their Mitsubishi to eighth overall. 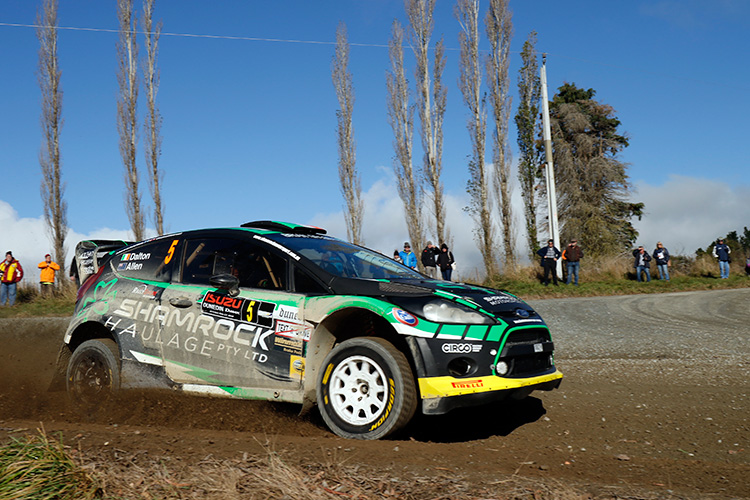 Citroen WRC star Mads Ostberg and co-driver Stephane Prevot endured a difficult opening to the rally when an axel broke on their Ford Escort, forcing Ostberg to stop the car early in the opening stage of the day. He was able to repair the car and rejoin the rally much to the delight of the big crowds out in the stages.

Dylan Thompson and Amy Hudson showed superb pace on the famous Kuri Bush test – finishing eighth overall – to lead the NZRC 2WD class by a comfortable margin at the end of day one. They were chased home by David Taylor and Jared Hudson were in second with Amy Keighley and Andrew Smith third.

Wayne Pittams and Chris Davison led category three for the day while they were second to Thompson and Hudson in the MotorSport NZ 2WD championship.