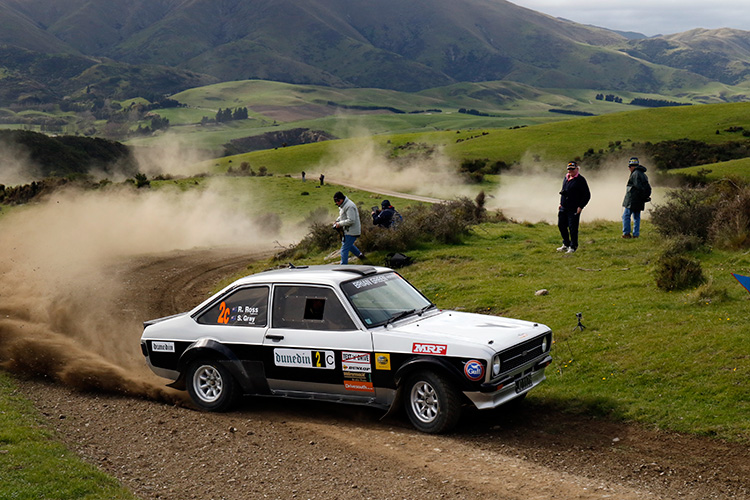 Ross, and co-driver, Samantha Gray, led after Saturday’s stages, and improved their lead throughout the day’s early tests, before consolidating to end comfortable victors.

This was Ross’ first win, and his one minute and 41 second triumph is just reward after years of incredible Otago pace behind the wheel of his Ford Escort RS1800.

The team were forced to repair the broken suspension with the help of a metal stake and a farmer’s welder.

“A suspension arm snapped and we had to weld it back together,” Ostberg said.

“In the stage we managed to find a farmer with a small welder. The team welded a piece of steel on to the arm and fitted it back together.”

He remarkably returned to win each of the final four stages, in a frustrating case of what might have been. 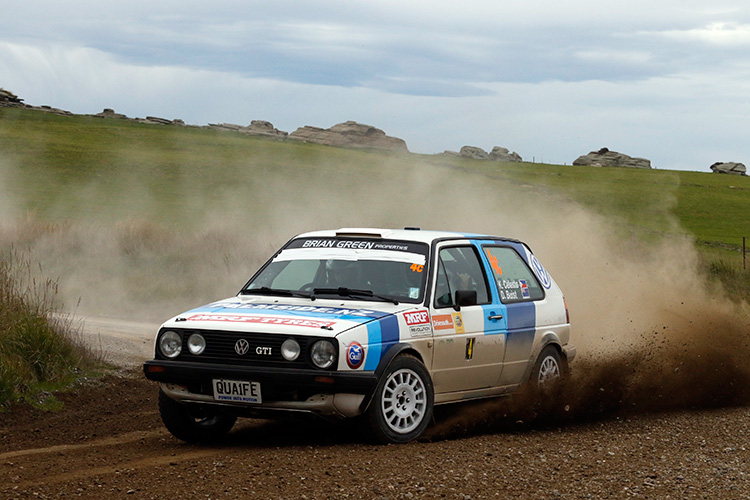 Deane Buist managed to hold onto his second position, despite only having one top three stage time for the day.

The VW Golf driver will be incredibly happy with the result as he develops the new car ahead of future outings.

Following Buist and Silcock was a plethora of Escorts.

Jeff Judd had a clean run throughout Sunday’s stages, wowing the crowd on his way to an impressive fourth position. 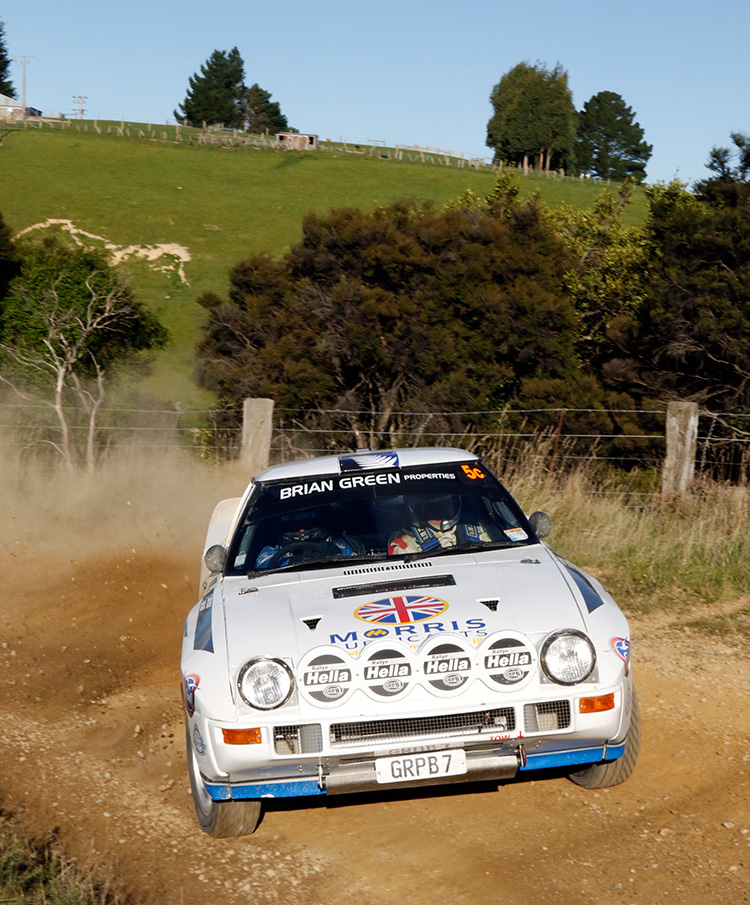 Australian based drivers, Stewart Reid and Grant Walker, completed the top six in their Escorts.

Both showed their consistency throughout the weekend, each being rewarded with their best Otago Rally results.

The Mazda RX3 of Andy Martin placed ninth, whilst the Porsche 911 RS of Allan Dippie rounded out the top 10.

In the New Zealand Rally Championship section, WRC driver, Hayden Paddon, won every stage to finish a staggering eight and a half minutes ahead of his nearest rival, Subaru’s Ben Hunt.

Mads Ostberg had another troubled day, but won four stages in his Escort. Photo: Peter Whitten

It was heartbreak, however, for local Emma Gilmour. She and Australian co-driver, Anthony McLoughlin, suffered a puncture in the rally’s final test, dropping them to 20th position. This promoted Mitsubishi AP4 driver Matt Summerfield to third.