Kaikoura’s Regan Ross holds a slender 16.9 second lead after the opening leg of the 2018 International Otago Classic Rally, based at Dunedin in New Zealand’s South Island. 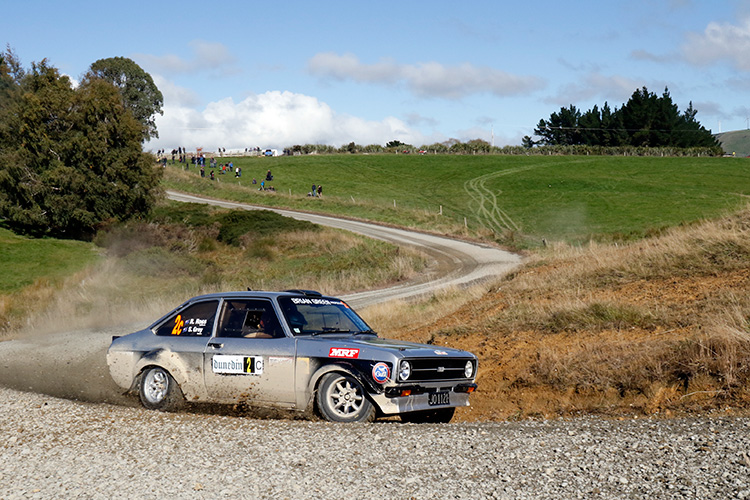 Despite winning four of the day’s nine special stages, the Norwegian, together with Belgian co-driver Stephane Prevot, suffered a heartbreaking tailshaft failure just 2.5 kilometres in to the day’s first stage.

His Rossendale Rally Team then repaired his Ford Escort to rejoin the rally on stage four, but by then is chances of victory were well and truly dashed.

“It’s been quite enjoyable,” Ostberg said after the day’s stages.

“It’s a shame we couldn’t go all the way through this morning, but I’ve enjoyed the stages we’ve done.

“We still have loads of stages to go and we’ll keep enjoying it and trying to improve our speed all the time.”

At the head of the field Ross had a successful first day, but knows his 16.9 second lead isn’t secure, with a further eight special stages to the north and west of Dunedin still to come on Sunday.

In second place, Buist has been somewhat of a surprise packet, with his recently built VW Golf setting times that have even surprised its driver.

He lies a clear minute ahead of third placed John Silcock in a Mazda RX7, who in turn is just 13 seconds ahead of Jeff Judd’s Escort. 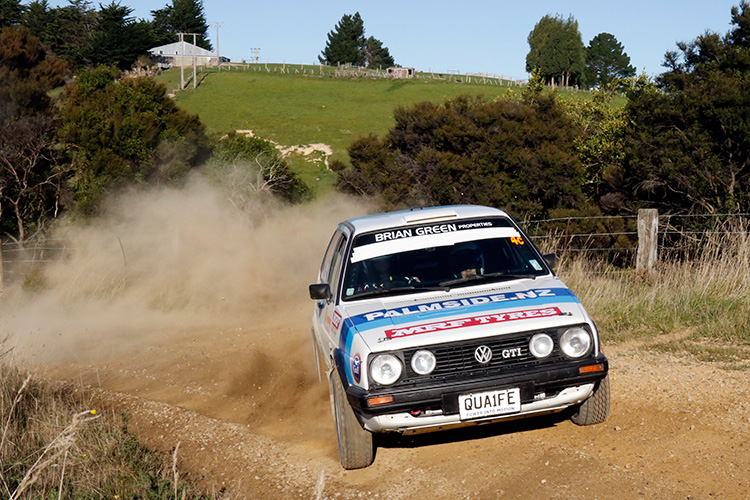 Australian driver Stewart Reid is fifth in yet another Escort, with Wellington’s Karl Robinson sixth at the wheel of a Nissan Bluebird Turbo.

There was a long list of drivers who suffered mechanical problems during the day, headed by Welshman Meirion Evans who put his brand new Ford Escort RS1800 off the road on the very first stage, damaging the steering.

In the corresponding Dunedin Isuzu Otago Rally – round one of the New Zealand Rally Championship – WRC star Hayden Paddon is completely dominating the field.

The Hyundai i20 AP4+ driver holds an impressive 4m44s lead over Subaru’s Ben Hunt, with Dunedin’s Emma Gilmour sitting in fourth place in a Suzuki Swift.

The second day of the International Otago Classic Rally will see drivers tackle another eight stages, concluding with the mammoth 37km Nenthorn test, which could well help to decide the 2018 winner.