Winmax Brakes and Paddon Rallysport have signed on as the naming rights sponsor for the 2019 Otago Classic Rally.

The new partnership is great news for the rally, and also coincides with Hayden Paddon’s announcement that he will contest the 2019 Otago Rally in his Hyundai i20 AP4+.

“We’re delighted to welcome Winmax Brakes and Paddon Rallysport to the family of supporters for the Otago Rally,” event spokesman, Roger Oakley, said.

“Winmax are the first choice for many competitors at all levels of the sport and we are proud to be associated with such a quality brand.

“Having Hayden competing at Otago is exciting for everyone involved,” he added.

“He brings world-class action for the spectators, and a benchmark for the competitors. Hayden is a wonderful ambassador of the sport, and does a huge amount to promote it.”

Paddon’s return to the Otago Rally will ensure spectator numbers are at record levels for the April event. 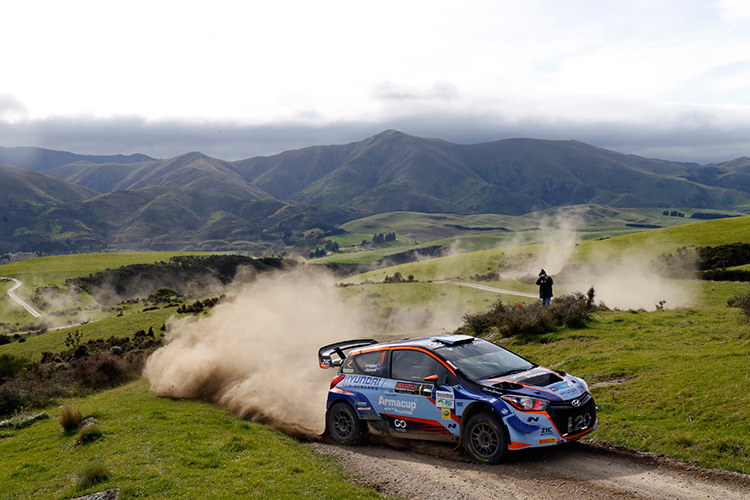 Hayden Paddon will contest the 2019 Otago Rally in his Hyundai i20 AP4+.

“The Otago Rally is my favourite event,” Paddon says.

“I love the smooth, fast roads, and the enthusiasm that Dunedin has for the event. The camaraderie of the NZ rally community is a special thing to be part of.”

The 2019 Winmax Brakes by Paddon Rallysport Otago Classic Rally will run over the weekend of April 13 and 14, with two-days of fast-paced rally action following a publicity start in Dunedin’s Octagon on Friday evening, April 12.