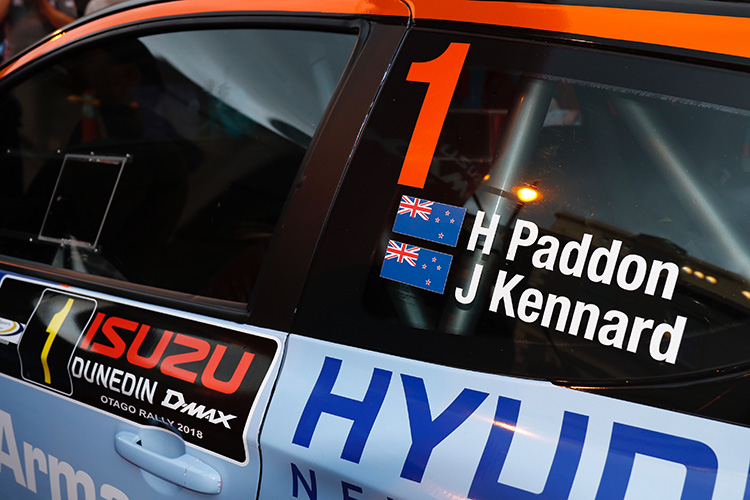 Headed by former Hyundai WRC star, Hayden Paddon, the rally is the opening round of the New Zealand and Asia Pacific Rally Championships, and incorporates the International Otago Classic Rally, and an Allcomers division.

The field includes 55 competitors registered for the national championship, 37 in the classic rally field, and 15 in the fast-growing 4WD classic field.

There are eight different countries represented among the competitors. Sixteen Australians are heading across the Tasman, with crews also coming from Japan, New Caledonia, Phillipines, Norway, Ireland, Germany, and even an expat Kiwi from Burkina Faso.

Ford is the most popular make of car, with 33 entries – most of them Escorts and Fiestas – followed by Toyota on 25, Mitsubishi on 19, and Subaru with 18.

With Hayden Paddon not registering for New Zealand Rally Championship points, it will be a battle between ex-champions David Holder (Holden Barina AP4), Andrew Hawkeswood (Mazda 2 AP4) and Ben Hunt (Subaru WRX), along with Australian hot-shot Brendan Reeves in a Ford Fiesta AP4.

Dylan Turner returns to the fray in his Audi AP4, while Matt Summerfield, Emma Gilmour (Suzuki), Josh Marston (Barina) and Raana Horan (Skoda Fabia R5) will also be in the mix.

The Classic Rally field sees the return of Norway’s Mads Ostberg in a Ford Escort RS1800, who will be pushing hard to overcome the mechanical problems that cost him victory in 2018.

Last year’s winner, Regan Ross, will be hoping to go back-to-back, but will come under strong pressure from a host of other Escorts, including Derek Ayson, Jeff Judd and Stewart Reid.

Christchurch’s Deane Buist looks like the best hope for a non-Escort victory in his VW Golf GTi.

“We are thrilled with the number and quality of entries we have received this year,” Rally Manager, Norman Oakley, said.

“The popularity of the Otago Rally continues to grow, but higher entry numbers also presents challenges for the organising team.

“This year’s route contains many of the favourite event stages as Kuri Bush, McIntosh Road, Waipori Gorge and Whare Flat, while also incorporating stages that haven’t been used in the event for many years.