With the start of the rally less than two weeks away, Otago Rally organisers have put a wedge between themselves and the New Zealand Rally Championship by introducing a new seeding order for the 132 starters. 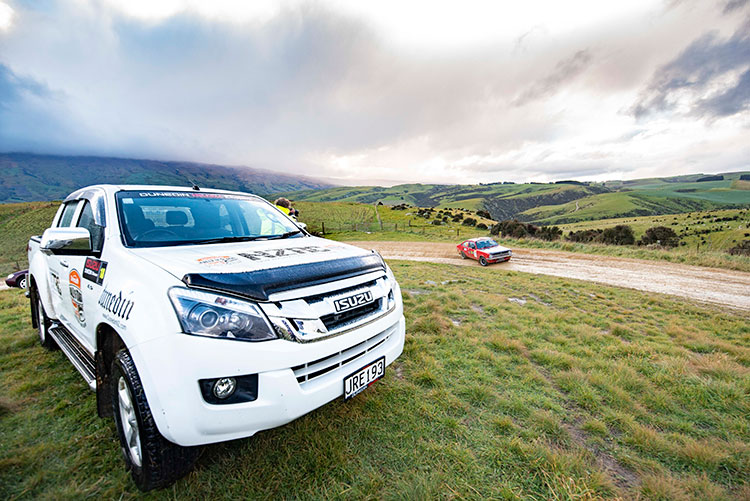 In a break from tradition, where speed normally decides the seeding order, drivers will be classified by their age, with the oldest drivers starting first.

This means that Hugh Owen and his Lancer Evo 9 will head the field away, followed by veterans Carl Rabbidge (Escort), series sponsor Brian Green (Mirage AP4), and Aussie regular Ed Mulligan in his BMW.

The New Zealand Rally Championship organisers are understood to be fuming at the last-minute decision, despite the change potentially favouring series sponsor Brian Green, who has proved his speed over many years and who has previously won the trophy for fastest pensioner.

“Keeping the older guys together enables us to concentrate medical resources (defrib, walking frames, viagra and wheelchairs) where they will be most needed,” Rally Manager, Norman Oakley, said.

“Carl Rabbidge – as a representative of the gold card holders – says that an early start for the older fellows is no problem as they often get up regularly in the night with bladder problems.

“It also enables them to get tucked up in bed earlier on the Saturday night with a cup of cocoa.

“The millennials are best placed to run at the back of the field, as like most teenagers, they have trouble getting out of bed in the morning,” Oakley added.

Eighteen-year old Jack Hawkeswood will start as the last car on the road, and was last seen at The Warehouse buying shovels and dust masks in order to have all bases covered.

* Any objections to the new seeding system must be submitted to the Otago Rally organisers by midday today.