2020’s Otago Rally route will head south and be centred around Lawrence and Waihola with 280 kilometres of quality stages.

Scheduled for April 3 to 5 next year, the compact route will use many of the popular stages run in 2017, with the continuation of a two-pass recce for competitors.

Fifteen stages over smooth, wide and fast roads will have crews in the New Zealand Rally Championship and the Otago Classic Rally licking their lips in anticipation of the country’s most popular event.

Annual favourites such as Kuri Bush, Waipori Gorge and the downtown super special stage are on the itinerary, plus a monster 50 kilometre stage at Manuka Hill.

“Back by popular demand, the 17km Black Rock stage, an absolute blast, will wake a few people up on Sunday morning,” event manager, Norman Oakley, said.

The rally starts in Dunedin with the rally show on Friday night, April 3, and will finish at the historic Dunedin Railway Stage on Sunday afternoon.

As usual, the sell-out prize giving will be at the Dunedin Town Hall on Sunday night..

The route and timetable are largely finalised, but minor tweaks are likely over the coming months.

The 2020 Otago Rally will be held from April 3 to 5 next year. The Rally is grateful for the support of Dunedin City Council Premier Event funding. 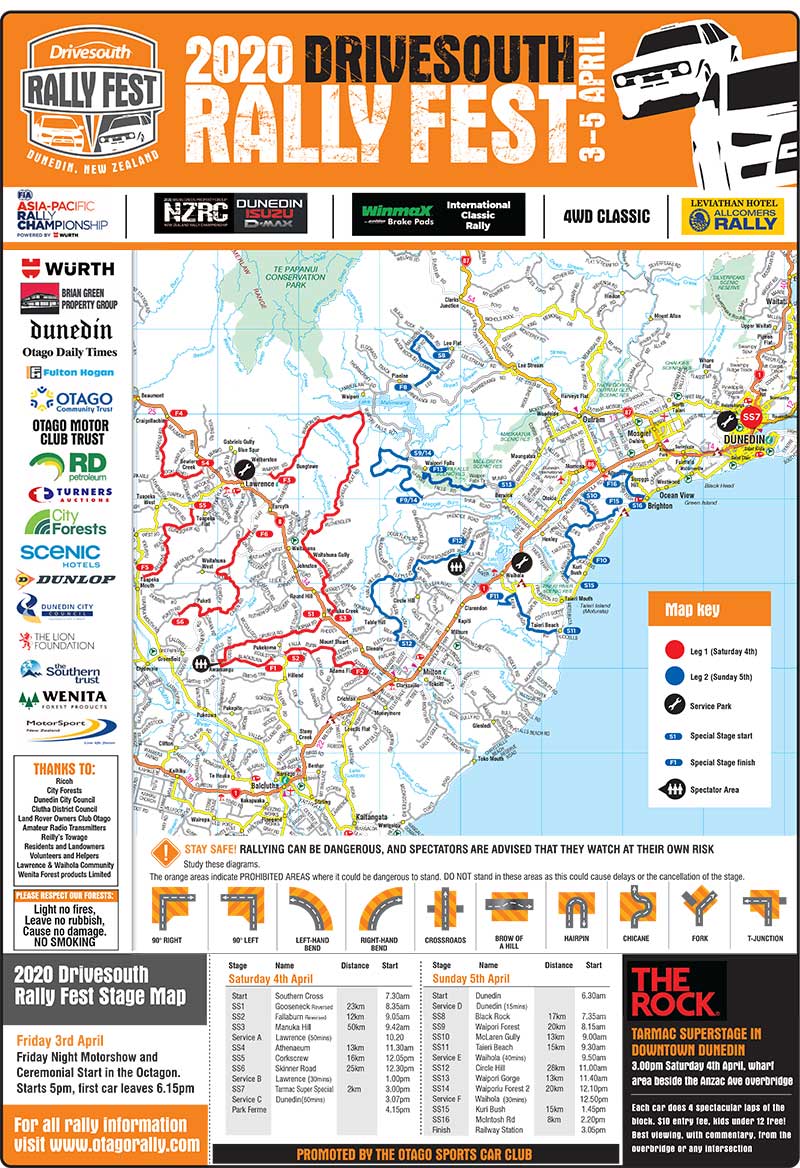