22-year old Canvastown apprentice, Jonty Brenssell, has been selected as the Otago Rally Scholarship winner for 2020.

Brenssell was chosen from a high quality list of applicants for the award, and receives free entry into the 2020 Dunedin Isuzu Otago Rally, as well as a set of pacenotes and a cash contribution towards his entry.

He will drive his 1984 Toyota Starlet in the rally. He started in rallying in 2014, before moving through the ranks and contesting a range of events, such as the Ashley Forest Rallysprint, and NZRC rounds.

“One of my rally highlights was stage one of the South Canterbury Rally 2019,” Brenssell says.

“This was my first ever rally stage using pacenotes and my first time at an NZRC event. After a few average first kilometres we got into a good groove and came out of the stage in 23rd overall from 82 starters.

“Looking at splits after the rally we found that we lost a bit of time to everyone in the first half of the stage, but then in the second half we took 10 seconds back on drivers like Regan Ross and Marcus van klink, 15 out of Robbie Stokes and 20+ out of Deane Buist and Richard Bateman. 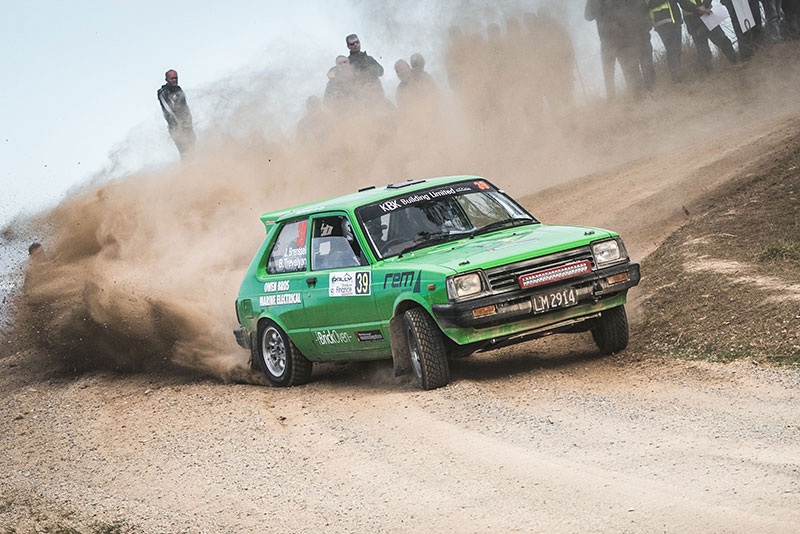 “Unfortunately, it wouldn’t count for much as in stage two we tore one of the diff mounts out of the car due to wear and tear.

“My Otago Rally history has only been co-driving in 2017/18/19 with mixed results, so now I can’t wait to get down and have a crack myself.

“I can’t wait to get on those amazing roads again, as well as the famous ones like Kuri Bush and Waipori Gorge.”

“It was a tough choice, as it was last year,” Johnston said. “Any of the applicants would have been worthy winners of the award.”

Jonty’s rallying is largely self-funded, although he has a strong band of supporters and sponsors who assist his rallying where they can.

Tim Smith was a very close second in the scholarship voting, and has been given free entry to the Otago Rally as a prize.

The 2020 Dunedin Isuzu Otago Rally looks set to have a record number of entries this year, as the first round of the New Zealand Rally Championship, and incorporating the International Otago Classic Rally.

The event receives Major Events funding from Dunedin City Council, and is supported by the Otago Community Trust.